Flight-Report presents the results of its study on European low-cost airlines, for the third year in a row, adding this time a big difference by introducing the so-called “hybrid” companies in a single ranking.
The study concerns European companies on single-aisle aircraft and for medium-haul flights. The four criteria taken in the ranking are:-

The comfort of the cabin;
– the crew;
– the pay card;
– the offer of entertainment.

In second place, we find company Finnair with an average of 7.54 / 10. An advantageous rating thanks to the professionalism of its on-board staff.

Third place is attributed to airBaltic. This is the result of a rejuvenation of its fleet with Airbus A220-300s and a rich and interesting catering offer. 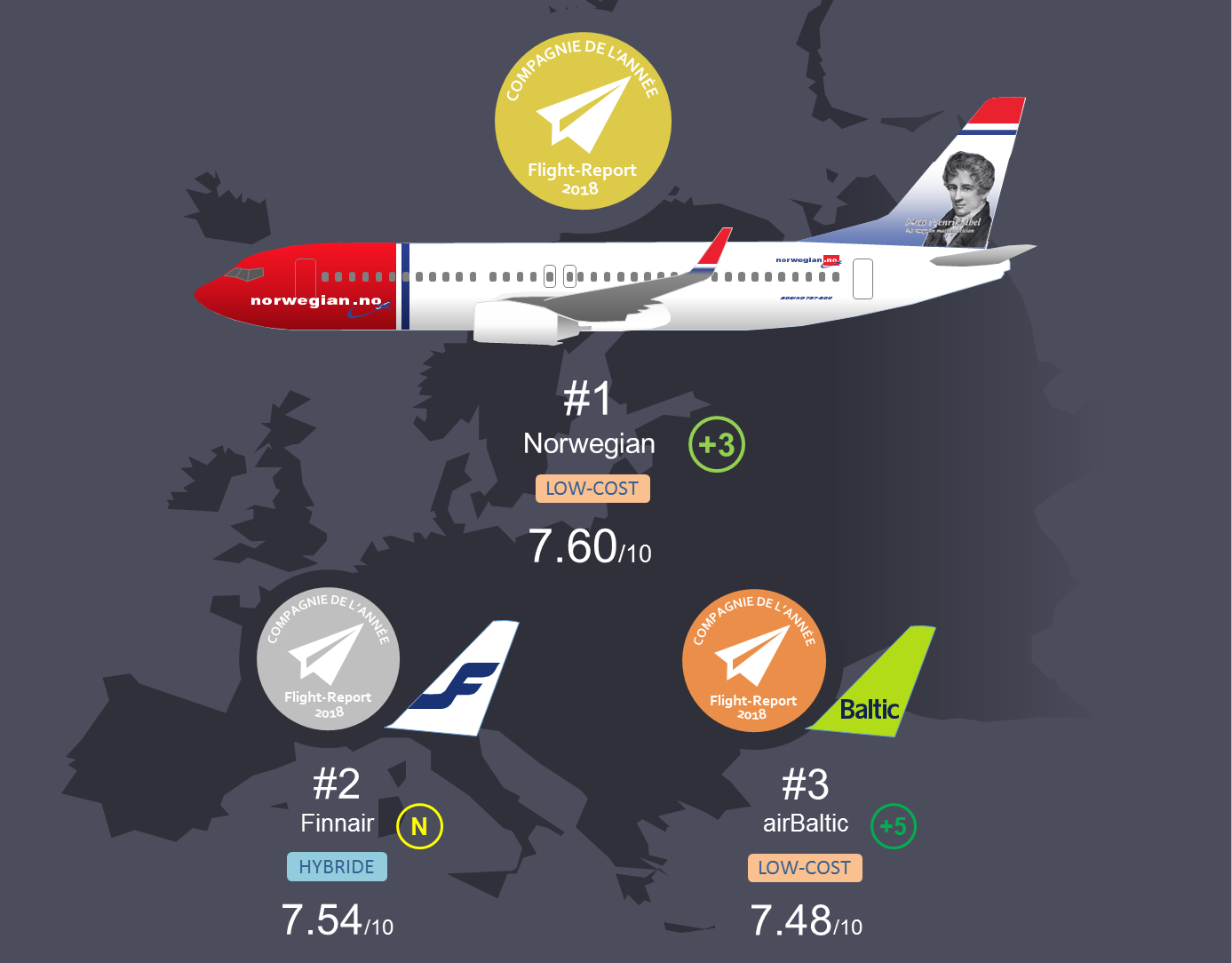 The ranking that had in mind Transavia in 2016 and 2017 shows changes this year, including a fall of five places, not counting the hybrid companies, arriving at the 9th place in the ranking, with 6.72 / 10 … preceded by British Airways with 6.86 / 10.

2- The crew:
For the quality of the crew, Finnair ranks first, followed by airBaltic, Norwegian, Transavia France and Blue Air.

3- The pay card:
Regarding the quality of the paid offer, Flight-Report found in its study that airBaltic stands out with measured prices and a full-service paying meal of excellent quality. The company is followed by Eurowings, Pegasus, Volotea and Finnair.

4- The offer of entertainment:
For the fourth criterion, Norwegian is ahead of all others with its offer of free wifi … we find after Iberia / Iberia Express, British Airways, Joon and Brussels Airlines.